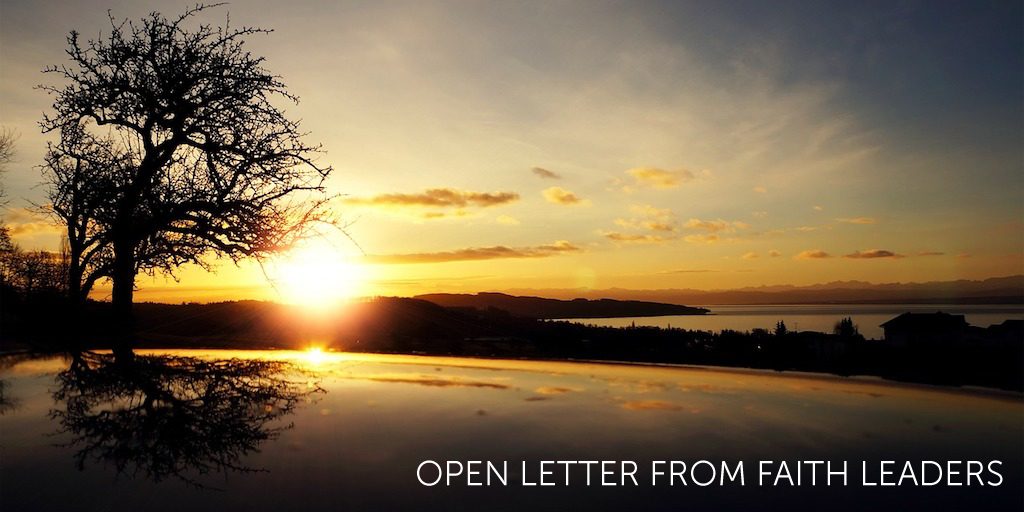 Reflecting the rich diversity of faith traditions and spiritual practices observed in Ohio, we stand together in expressing our deep concern about the status of the death penalty in Ohio. To be clear, some of us do not oppose capital punishment, and others among us would prefer to see it ended. We are united in seeking a criminal justice system that is both fair and accurate.

All of us want our society protected and dangerous criminals held accountable, but not in a way that treats offenders and victims differently based on skin color, geographic location of a crime, or in a way which does not consider mental culpability. We cannot accept the possibility of executing an innocent person.

As you know, the Ohio Supreme Court Joint Task Force on the Administration of Ohio’s Death Penalty was appointed by the Chief Justice after it became clear that Ohio’s capital punishment system falls short of the American Bar Associations’ standards for fairness 93% of the time. This body was precluded from considering the efficacy of the death penalty itself. After more than two years of careful investigation and deliberation, the Joint Task Force issued its report and made 56 recommendations for change. While a few of the recommended reforms have been or are being addressed, there is much yet to be done.

The scriptures and sacred texts of all our faiths demand fairness, accuracy, and mercy at a threshold far higher than the law currently prescribes. There is no question in any of our minds that if Ohio is to continue to have a death penalty, it must be administered fairly. Therefore, as people of faith, we affirm our support for legislation implementing reforms recommended by the Ohio Supreme Court Joint Task Force on the Administration of Ohio’s Death Penalty, and we urge you to take a leadership role in enacting these reforms this year.

Governor DeWine, we urge you to exercise moral judgement and ensure recommendations are fully implemented before carrying out executions.

If defense counsel requests, the demand for appointment of the expert shall be made in-camera ex parte, and the order concerning the appointment shall be under seal.

Upon establishing counsels’ respective compliance with discovery obligations, the question of the appointment of experts (including determination of projected expert fees based upon analysis of expert’s time to be applied to the case as well as consideration of incremental payment of expert fees as case progresses) would be decided by the court, which decision would be subject to immediate appeal, under seal, to the appropriate Court of Appeals. The trial court judge shall make written findings as to the basis for any denial. Although concerns have been raised as to the ability of the Appellate Court to provide the anticipated, necessary expedited hearing within a reasonable time-frame, the Joint Task Force suggests that this issue be elevated to the status of a final appealable order and that the necessary expedited appellate process be spelled out in the statute.

Should the present process of appointment of indigent counsel by the judiciary continue, the main objective should always be to assure the best educationally experienced and qualified candidate, who is available (within the county or outside the county), and who is otherwise willing to take on the responsibilities associated with the case for an appropriate fee and accompanying expenses, is appointed. A uniform fee schedule for such services across the State of Ohio must be a necessary consideration to assure the equal protection and due process for the accused in a capital case.

Adoption of reporting standards to provide complete transparency of record, including requirements to ensure better record keeping by the trial judge and the provision of additional, detailed resource information necessary to assure strict compliance with due process, which information shall be submitted to the Supreme Court upon completion of the case. Such resource information may include unique Constitutional issues, unique evidentiary issues, significant motions, plea rationale, pre-sentence investigation, and any additional information required by the Rule 20 Committee or the Supreme Court of Ohio. Additional types of resource information could be developed as part of the mandated educational process conducted by the Ohio Judicial College.

The Joint Task Force believes that some of the recommendations above could be accomplished by the adoption of a separate Criminal Rule for Capital Cases. The Joint Task Force recommends that such a rule be adopted and provide for the mandatory training of attorneys and judges (Recommendation 49), the selection and appointment of indigent counsel in capital cases (Recommendation 51), and the enforcement of the ABA Guidelines for the Appointment and Performance of Defense Counsel in Death Penalty Cases and the Supplementary Guidelines for the Mitigation Function of Defense Teams (Recommendations 11 and 12).