Ohio has not carried out an execution in over two years. Throughout this extended and unofficial moratorium, we have found unprecedented bipartisan support in Ohio’s legislature – and among Ohio voters – to repeal Ohio’s death penalty.

House Bill 136, a bill that exempts individuals with serious mental illness from receiving a death sentence, was signed into law by Governor DeWine in January 2021. During the several years it took to get this important piece of legislation passed and signed, conversations were sparked about the many irreparable problems with the death penalty including:

Along with a legislative change of attitude, public opinion has also shifted significantly. 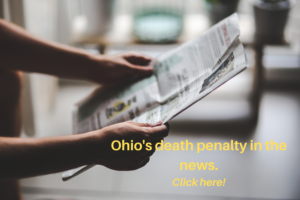 A poll conducted by the Terrance Group the fall of 2020 found that 59% of Ohioans support replacing the death penalty with a sentence of life in prison without the possibility of parole.

In February 2021, two identical death penalty repeal bills, Senate Bill 103 and HouseBill 183, were introduced with bipartisan support. With these bills introduced, the momentum to repeal the death penalty in Ohio is at an all-time high. Join us as we push for Ohio to become the 24th state to put an end to capital punishment.

Our partners at Equal Justice USA (EJUSA) and Witness to Innocence (WTI) have both created action alerts to help you easily send a message to your lawmakers in support of repeal. Click here for EJUSA’s action, and here for WTI’s.

Ohioans to stop executions: partners in the fight 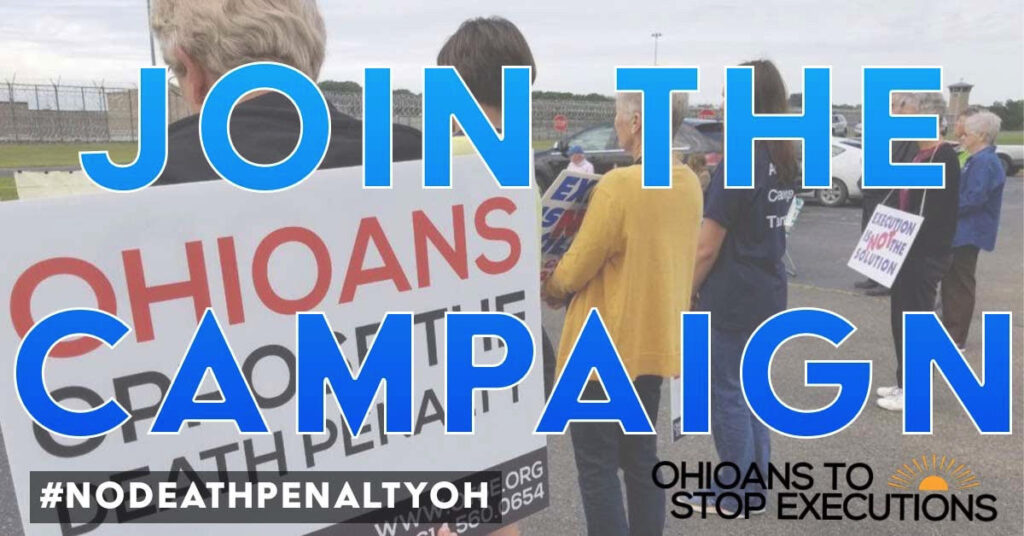 To have your organization listed here, email our Director of Outreach and Community Organizing, Jennifer@otse.org.

Sign-on Letter for Ohio Conservatives Concerned about the Death Penalty